The current incarnation of Dorje Phagmo was born Farchen Zangmo in Kabesa in Punakha District, Bhutan on the full-moon of the second month of the Iron Monkey year (1980). Her biological parents were Tandin Gyeltshen and Lhachoe Droelma. Her birth was preceded by many auspicious signs. Among them her mother saw a ray of light hitting the womb in her dream. The light emanated from a golden statue of Dorje Phagmo, bestowed by a monk. The monk is believed to be Guru Padmasambhava. 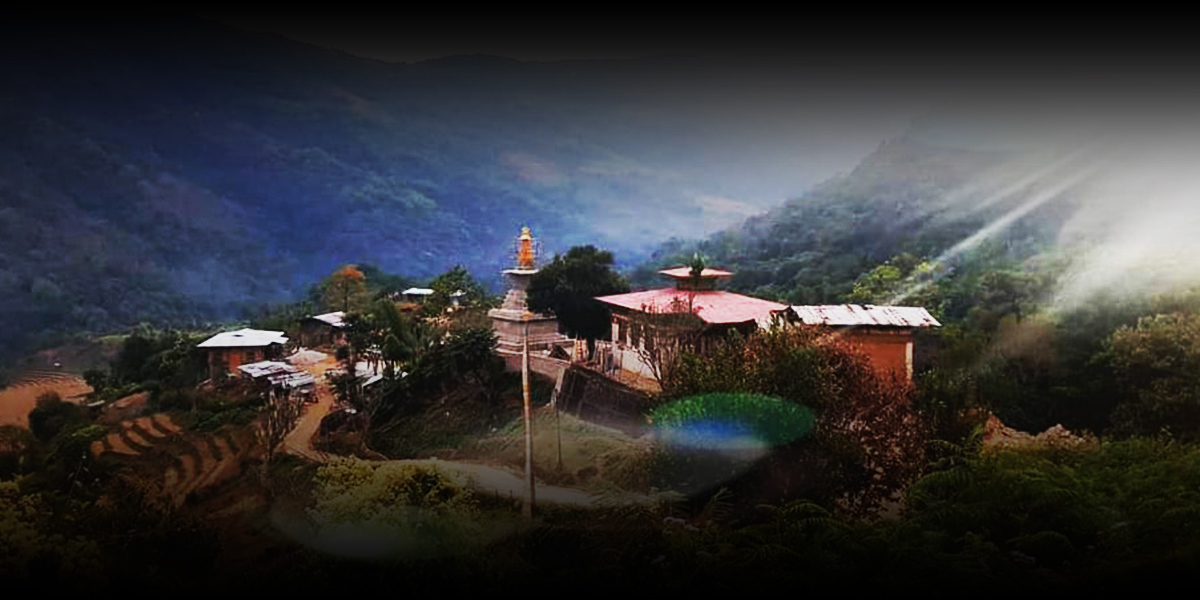 In Jang Aring, the descendants of Jang Ponpo offered the old ancestral manor and temple to Dorje Phagmo. The temple, known as Mebar Tokchoed Lhakhang was built at the same time as the famous Samye Monastery in Tibet in the Eighth Century. Legend has it that when the Tibetan King Trisong Detsen was building Samye in Lhasa, he was unable to make much progress because of malevolent forces that kept destroying it.

Who is Dorje Phagmo? Dorje Phagmo ( Skt: Vajravarahi; literally Thunderbolt Sow is the wrathful form of Vajrayogini. She is considered the incarnation of Drolma ( Skt: Tara ) and the divine consort of Chenrezig (Skt: Avaloketeshvara). She is the “Mother to all Buddhas” – and the Ultimate Refuge for all deities, practitioners, and meditators […]

END_OF_DOCUMENT_TOKEN_TO_BE_REPLACED

A small Working Committee of devotees, all working voluntarily, have come together around Dorje Phagmo to support her and reach out to potential donors, supporters, and well-wishers. Besides the ongoing renovation of the old lhakhang and the construction of the stupa, there are immediate plans to build proper accommodation, prayer halls, and classrooms for the […]

END_OF_DOCUMENT_TOKEN_TO_BE_REPLACED

In 2003, following the prophecy of Khandro Mebar Tashi Kheudren, Dorje Phagmo Rinpoche visited Jang Aring in Kikhar in Zhemgang District. Mebar Tashi Kheudren was the daughter of King Sindhu Raja, who invited Guru Padmasambhava to Bumthang in the eighth century. In Jang Aring, the descendants of Jang Ponpo offered the old ancestral manor and […]